Our second family adventure was a winter hike in Stockholm. We started on Friday evening with the musical Rock of Ages and then spending the night at a great hostel in Stockholm, af Chapman. The hostel is on an old sailing ship right in the city centre. This was sort of a bonus adventure and a great start of this weekend. On Saturday we left the city, took the commuting train south, changed to a bus and one hour later we were in the wilderness. Talk about contrasts!

Our plan for Saturday was to walk section 61 and 62 on Sörmlandsleden. This is a trail that starts south of Stockholm and then has over 1000 km of trails and paths. We have only walked on small parts of it before, but we have always been impressed by the standard, the trails are always well maintained. I guess it will take more than a few years before we have completed the whole trail! 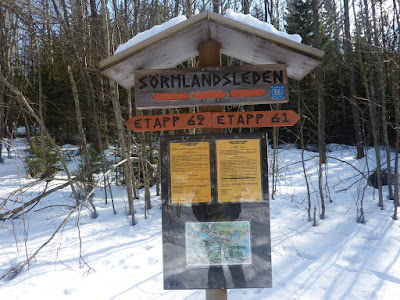 I think we were the first persons to walk the trail this winter, we couldn't see any tracks apart from the foot prints of a man who came on the same bus with us and walked ahead of us. And of course there is a reason for that - it is not that easy to walk the trail with all this snow that we have had this winter. Fortunately, it has been really cold for a while so the snow was hard and in most places not that difficult to walk on. But we had to pass some parts where the snow had melted and it was really tough to walk. And there was plenty of slippery ice. When I complained too much Ellen said "At least we are not rowing across the Atlantic, this is just a bit of snow!". 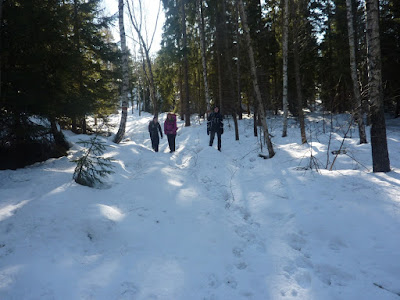 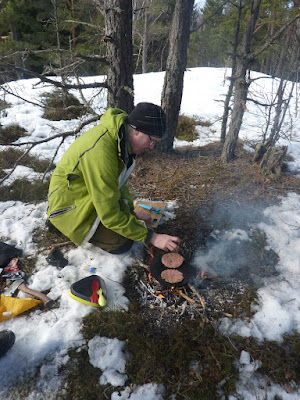 After 14 kilometers of hiking in the snow we reached our destination Lida Friluftsgård (Lida actually means "to suffer" in Swedish, the kids thought that was very appropriate...). We celebrated with drinks at the restaurant and then went to our cabin where we were going to spend the night. This is a popular place so when we arrived there were lot's of outdoor activities going on - cross country skiing, downhill skiing, skating, walking and kids going downhill on toboggans. But when it got dark we were alone, and we had a nice evening making dinner by the fire. We use a wok from Muurikka which is quite small and easy to carry, and had a great meal  with a moose wok. We also got to try out some of our Light My Fire gear. For the grand finale we had a sauna and shower before going to bed. Great day! 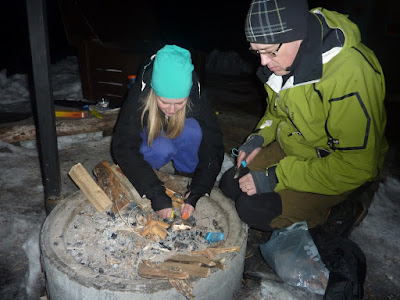 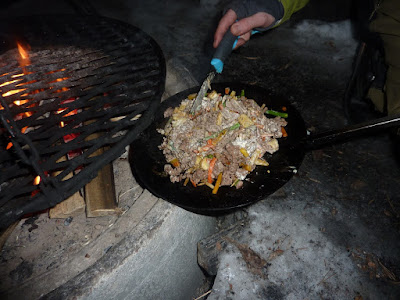 On Sunday we had planned to walk 17 kilometers on the section 6 and 6:1 from Lida to Flemingsberg, but we decided to change the plans and take a shorter route. So instead we walked on section 7 to Malmtorp, and with some detours this was about 8 kilometers. This section was easier to walk, and the sun was shining so this was another great day. 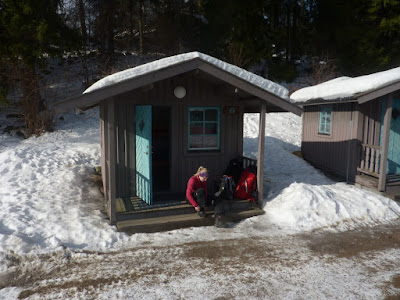 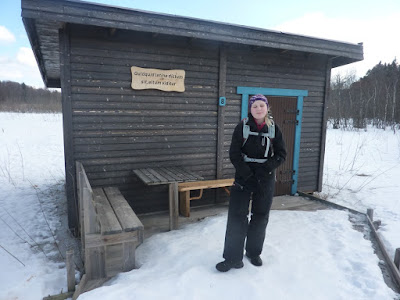 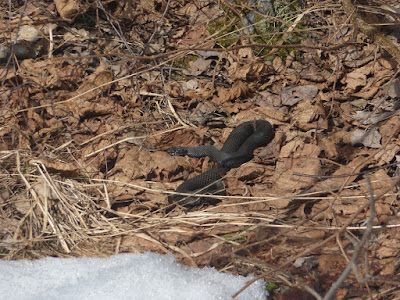 This weekend was perhaps not the most challenging adventure, but that was not really the idea either. The kids complained that it was a bit boring, but in fact I think they also needed to get away from the keyboard for a while. The great thing about getting teenagers out hiking is that you actually have the opportunity for some real conversations. During the weekdays everyone is busy with their things, so we don't have the time to really talk. And that was the highlight of this weekend, spending time together and sharing stories.