We’re in Cuba! Instead of spending Christmas at home with snow and cold weather, we have escaped to Cuba. Why Cuba? Well, because we are fascinated by this complex country and its people. We wanted to learn more and at the same time have a relaxing vacation.

We arrived in Habana on a Saturday and were greeted by Isabel at our Casa Particulares, which is like a hostel. The Cubans have for some years now been allowed to rent out a couple of rooms in their home for tourists. It’s a great way to stay in Cuba, you get to know the people and the casa owners are helpful. The Casa in Habana was clean with nice rooms and a friendly casa owner who spoke English.None of our four family members speak Spanish, so that was a bonus.

We started with two days in Habana to get a feeling of the city and to get used to the Cuban life. Habana is like no other city we have visited before. It is a relaxed feeling, salsa music from every corner and people everywhere, but no one seems to be in a hurry. The houses around our area where we stayed in Centro Habana are old and in desperate need of renovation.

On the first day we took a walking tour together with David, a guide who found us at one of the squares in Habana Vieja (Old Habana). He was amusing and informative, so we had a nice walk around the alleys in Habana Vieja, exploring museums, cathedrals, stores, hotels and residential areas. Very fascinating!

One thing you notice in Habana is the lack of stores. There are no supermarkets, goods are sold in different small markets, on the street and “hole-in-the-wall”-stores. There are tourist stores, but they don’t really sell much either. I guess there are many reasons for that, but one major reason is of course the US embargo.

On our second day we focused on understanding the Cuban history, politics and the revolution. We visited the Museo de la Revolucion and the Museo 28 Septiembre de los CDR. Very interesting, of course “mucho” propaganda, but Cuba definitely has a complex history and a complex present as well.

After a couple of days in Habana we boarded the Viazul bus to Playa Larga, a small village by the sea. It is one of the two beaches at the Bay of Pigs where the US invasion attempt took place in 1961. This is not a fancy resort beach, but more a small beach with a cheap resort and some bars. We stayed in a great Casa Particular “Casa Frank” in two big rooms and with a great terrace and our own bar. Not bad! The weather was a bit cloudy, but we spent a couple of days relaxing, swimming in the ocean and just watching the village life from the terrace and by walking around. We ate all our meals at the casa, nothing fancy but big portions and well prepared food. You don’t go to Cuba for the food, but we really enjoyed the meals at Casa Frank.

Now the plan is to catch a bus tomorrow to go to Cienfuegos. Hopefully our casa owner here in Playa Larga will help us find a nice place to stay tomorrow. And hopefully the bus will not be full when it arrives here. But we’ll see – that’s part of the adventure! We’ll be back with more when we find Internet connection again!
Upplagd av Team Vildmark kl. 21:41 Inga kommentarer: 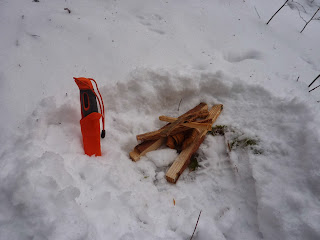 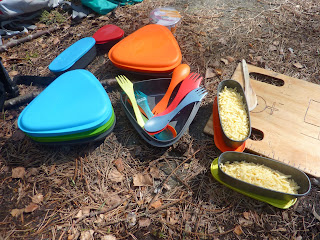 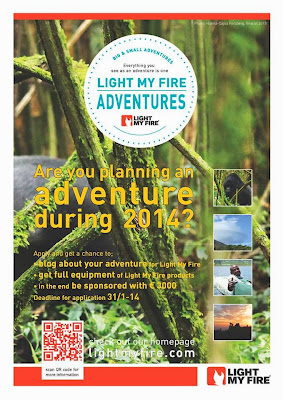 Our adventure Light my fire year is coming to an end, but we have one final adventure left. We will leave the snow in Sweden and spend 3 weeks around Christmas in Cuba. Cuba seems like the ultimate destination for us, easy to combine different interests. Relaxing on the beach, hiking in the mountains, exploring the cities, learning about politics and history, meeting fascinating people...

We will start in Havanna with three nights at a Casa Particulares, a guesthouse in the centre of Havanna. After that we only have a rough idea of what to do next. We have made an itinerary with some cities and places we would like to see and visit. But we haven't booked anything more, so we will decide the plan step by step when we are in Cuba. Hopefully we will get some ideas from people we meet along the way. 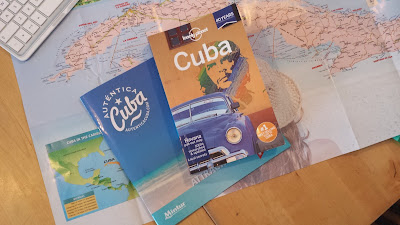 We leave next weekend, so right now we are making the final preparations. According to the guidebooks it is not easy to find internet access, so we have downloaded books, games etc to be able to access off-line. I am a bit worried about the teenagers having withdrawal symptoms from internet, so we need to find other things to occupy them with. We have packed the mahjong game, Scrabble and cards so hopefully we'll be fine!

This will be such a great adventure! Just spending time together, but also exploring a different culture. I'm not sure if we will be able to blog while we are there, it depends on the internet access. But we'll try to share some stories if we can. We would love to hear any recommendations for places to visit!